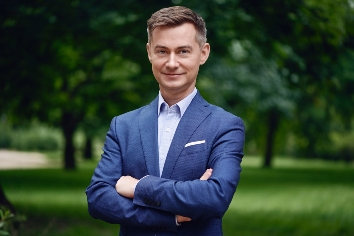 In the next talk from the lecture series “Early Music in Central Europe: Local Elements –Transregional Connections – International Research”, Pawel Gancarczyk from the Institute of Musicology of the Polish Academy of Sciences will present Petrus Wilhelmi: Utraquist Sources and New Facts about His Music. (The abstract of the talk and speaker bio is given below.)

The talk will take place on Wednesday May 19th at 5 PM CEST.

In order to attend, please register here until May 17th: https://forms.gle/pSGqqoLBy5kP19qA9
We are very much looking forward to your participation!

All information is also availble in this PDF.

The name of Petrus Wilhelmi de Grudencz (1392–after 1452) is inextricably linked to that of the person who discovered him, Jaromír Černý (1939–2012). The Czech musicologist published his pioneering text about the composer in 1975, and then prepared a critical edition of his opera omnia (published in 1993). Since then a number of previously unknown sources of Petrus Wilhelmi’s works have been found. They enable us to look in a new light at his music, to date seen mainly through the prism of Utraquist manuscripts, such as the Speciálník codex (1485–1500) and the Franus codex (1505). It turns out that the Bohemian sources often provide us with versions of Petrus’s pieces that are seriously deformed. In my paper I would like to show a number of examples of compositions of this kind. My aim is, on the one hand, to attempt a reconstruction of Petrus’s music in a form as close as possible to the original; on the other, to demonstrate the musical practice of the Utraquists. Individual compositions will be shown against the wider panorama of musical developments encountered in Central Europe in the fifteenth century.

Paweł Gancarczyk is Associate Professor at the Institute of Art of the Polish Academy of Sciences, head of the Department of Musicology, as well as Editor- -in-Chief of the quarterly “Muzyka”. His main areas of research are the musical culture of Central Europe in the 15th and 16th centuries, manuscript studies and early music printing. Recently he published La musique et la révolution de l’imprimerie. Les mutations de la culture musicale au XVIe siècle (Lyon 2015; recipient of the 2016 Prix des Muses) and edited Ars musica and its Context in Medieval and Early Modern Culture (Warsaw 2016). He was principal investigator of the HERA (Humanities in the European Research Area) project “Sound Memories: The Musical Past in Late-Medieval and Early- -Modern Europe” (2016–2019). Since 2019 Gancarczyk has been the principal investigator in the three-year project “Music in the Teutonic Order State in Prussia: Sources, Repertoires, Contexts”, funded by the National Science Centre, Poland. His book on Petrus Wilhelmi and music of the 15th-century Central Europe will be published in June 2021.

The Early Music in Central Europe lecture series is jointly organized by the following projects: